Want to be a billionaire? If you follow our World’s Billionaires list, you know there’s no single way to get the job done–you can get rich on energy drinks or yoga pants just as well as hedge funds.

But for those who like to read the tea leaves, we’d point out something that is probably fairly obvious to most: the tech industry is probably the best place to roll the dice.

END_OF_DOCUMENT_TOKEN_TO_BE_REPLACED

Apple (AAPL) stock continues to soar into the stratosphere, finally closing on Monday at $552.00 a share, which is an all-time record for the Cupertino, Calif.-based computer company. Monday’s high now puts Apple’s market cap over $514 billion, which now exceeds Exxon’s market cap — the No. 2 company, currently standing at $403 billion — by more than $100 billion.

AAPL has been a stock demon in 2012, scaring all other stocks away as it continues its ascent to the very top of the market. On Jan. 24, Apple announced its record-breaking quarter for Q1 2012, claiming $46.33 billion overall, $13.1 billion in profit and $17.5 billion in cash for the quarter that ended Dec. 31, 2011. The final 14 weeks of 2011 proved to be the most successful in Apple’s 35-year history, thanks to the release of the iPhone 4S and its voice-activated AI tool Siri, and the outpouring of sympathy following the death of the company’s co-founder and chairman, Steve Jobs.

END_OF_DOCUMENT_TOKEN_TO_BE_REPLACED

Internet companies and activists are hoping to join the Arab Spring and other online democracy movements by taking an estimated 7,000 websites offline Wednesday to send a message to Washington: Don’t pass a pair of anti-piracy bills.

The websites that have announced plans to go dark include Wikipedia, Mozilla, Reddit and WordPress, but some of the most visited websites are conspicuous in their absence.

“It’s a dangerous and troubling development when the platforms that serve as gateways to information intentionally skew the facts to incite their users and arm them with misinformation,” said Jonathan Lamy, spokesman for the Recording Industry Association of America. “It’s time for the stunts to end and those who claim to care about rogue website theft to back up their rhetoric and work with us on meaningful solutions.”

Google announced Tuesday that it will stop short of a blackout and instead the company plans to post a link on its iconic homepage explaining its opposition to the two arcane copyright bills that are suddenly fodder for the evening news: the Stop Online Piracy Act and PROTECT IP Act.

“Like many businesses, entrepreneurs and Web users, we oppose these bills because there are smart, targeted ways to shut down foreign rogue websites without asking American companies to censor the Internet,” a Google spokeswoman said in a statement. “So tomorrow we will be joining many other tech companies to highlight this issue on our U.S. homepage.”

A mix of watchdog groups, content creators and grass-roots activists on Tuesday touted the planned mass Internet blackout as the largest online “revolution” in the U.S. to date — saying it is needed to stop legislation that the Internet industry claims will potentially put restrictions on the Web that will halt innovation and undermine free expression.

“Tomorrow will be a big day of action,” said Tiffiniy Cheng, director of fightforthefuture.org, which is organizing the blackout. “The fight will continue until we get the final say from members of Congress that these bills will be dropped, and we’ll start from the beginning on how to balance protection of copyright with expression online.”

Providing an Internet-age twist on backroom lobbying, the campaign is attracting attention on Capitol Hill.

“I’ve rarely seen an issue that has come up from the grass roots as effectively as this has to slow down, and it appears to be stop, a legislative mistake that was about to be made,” Rep. Dan Lungren (R-Calif.) said on a radio show on Sirius XM Tuesday called “The Morning Briefing” on P.O.T.U.S.

Senate leaders are pushing forward with a plan to hold a test vote on Judiciary Committee Chairman Patrick Leahy’s (D-Vt.) version of the bill — known as PIPA — on Jan. 24. But divisions in both parties in the Senate suggest the fate of the bill remains in doubt, and sources say they believe Leahy is trying to rework the bill to find a compromise that can win passage.

House leadership aides are reluctant to talk much about SOPA’s prospects, pointing to the fact that it’s stuck in the Judiciary Committee.

Where is the tear gas and guns that American shoppers bring to their shopping excursions?

A man yells at a security guard after the guard tried to remove a member of the crowd at the Apple store in the Beijing district of Sanlitun January 13, 2012.
By NBC’s Ed Flanagan in Beijing

BEIJING– Question for Siri: What to do when you have egg on your face?

It’s a question Apple officials in China must be asking themselves today after fighting outside a Beijing store forced the company to close its stores nationwide, leaving hordes of outraged Chinese out in the proverbial cold.

END_OF_DOCUMENT_TOKEN_TO_BE_REPLACED

David Eggen for The New York Times
Refiners are required to blend motor fuel with cellulosic biofuel made from wood chips or the inedible parts of plants like corn cobs.

WASHINGTON — When the companies that supply motor fuel close the books on 2011, they will pay about $6.8 million in penalties to the Treasury because they failed to mix a special type of biofuel into their gasoline and diesel as required by law.

But there was none to be had. Outside a handful of laboratories and workshops, the ingredient, cellulosic biofuel, does not exist.

END_OF_DOCUMENT_TOKEN_TO_BE_REPLACED

The Elantra certainly deserves the accolade. It has sexy styling, thrifty fuel efficiency and an affordable price. But it also owes its award to Ford’s current problems with technology.
Compared to the Elantra, Ford’s Focus has vastly superior driving dynamics, with crisper, more responsive steering and tauter, better-controlled suspension. By most measures, the Focus was the 2012 winner-in-waiting.

Why, then, didn’t the Focus win?

END_OF_DOCUMENT_TOKEN_TO_BE_REPLACED 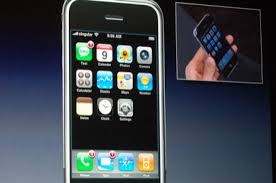 A federal agency ruled on Monday that a set of important features commonly found in smartphones are protected by an Apple patent, a decision that could force changes in how Google’s Android phones function, making them less convenient.

END_OF_DOCUMENT_TOKEN_TO_BE_REPLACED

An iPhone app meant to provide driver’s education to students around the country has been pulled by Apple from the App Store after a campaign to do so by a U.S. senator and the Coalition for a Secure Driver’s License. Both contend that the DriversEd app includes templates that can be used to create fake driver’s licenses in any state, which can then be printed and laminated “creating a high-quality counterfeit driver’s license difficult to discern from one that’s genuine.”

END_OF_DOCUMENT_TOKEN_TO_BE_REPLACED

Amazon.com is out this morning with the list of its top 10 best-selling books of 2011, and the Steve Jobs biography by Walter Isaacson is at the top, despite having the disadvantage of being released toward the end of the year.

END_OF_DOCUMENT_TOKEN_TO_BE_REPLACED

Apple
By Suzanne Choney
Buying software in a box is so 2010: Apple said Monday that more than 100 million computer apps have been downloaded from the Mac App Store in less than a year.
Following the success of its popular App Store for iPhone, iPad and iPod Touch, Apple launched the Mac App Store Jan. 6.
“In just three years the App Store changed how people get mobile apps, and now the Mac App Store is changing the traditional PC software industry,” said Philip Schiller, Apple’s senior vice president of worldwide marketing in a statement. “With more than 100 million downloads in less than a year, the Mac App Store is the largest and fastest growing PC software store in the world.”
Users have downloaded more than 18 billion apps from the App Store, which Apple started in 2008, and now has more than 1 billions apps per month downloaded, Apple said.
The Android Market — which followed Apple’s move to mobile and Wi-Fi downloads — recently crossed the 10 billion mark for downloads.
Microsoft will be following suit with its own app store for Windows 8, the next version of its operating system. And the company already sells many of its popular software programs, including Office, via download. (Msnbc.com is a Microsoft-NBC Universal joint venture.)
So clear out the boxes — and make space on your shelves. Boxed software is going the way of home phone: Once the norm, it will soon be the exception.